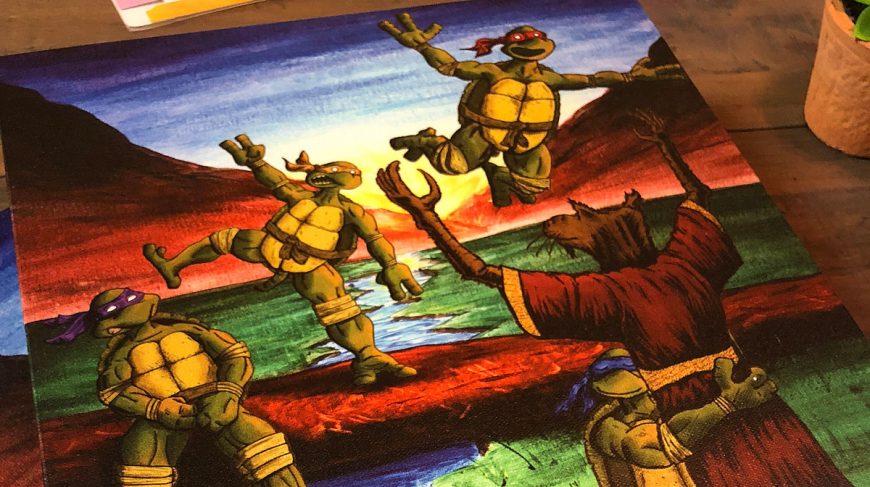 Doing something a little different for Father’s Day this year (and yes, I know it’s super early). Maggie bought me an art supply kit last year and I’ve been dabbling in sketching, colored pencils, markers, and some painting. My favorite subjects of late? Ninja Turtles.