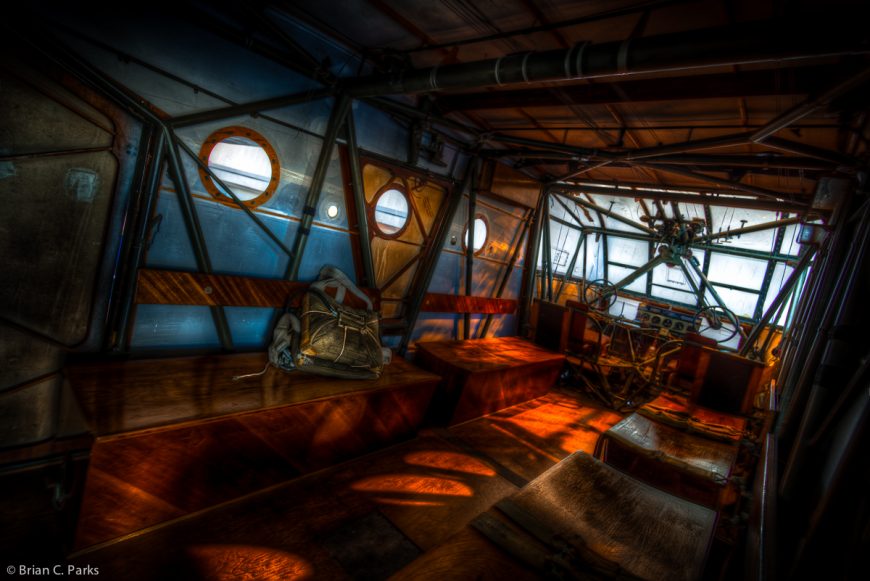 Here’s a shot from inside the fuselage of the CG-4A glider, the star attraction of the Silent Wings Museum. While it looks large enough, it’s hard to believe that 15 armed soldiers were crammed into such a tight space (not to mention the pilots!). And this was pretty much all the room they had since the entire tail section of the plane was fabricated of structural supports. I added a photo of the inside of the tail below, as well. END_OF_DOCUMENT_TOKEN_TO_BE_REPLACED