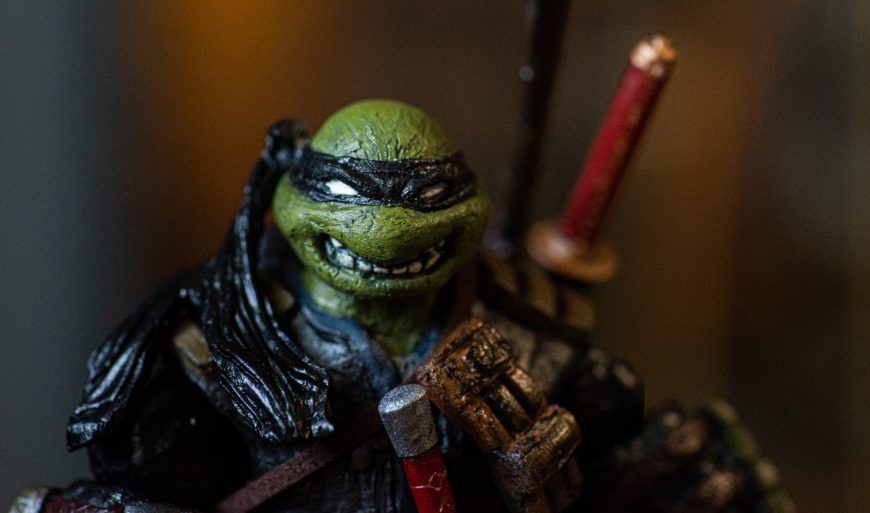 Today's been a bit of a whirlwind since my Last Ronin 2.0 figure started making the rounds on social media thanks to numerous posts by the legend himself, Kevin Eastman. Likes and follows, comments and questions (ironically, mostly about the Master Sword) were all flying in left and right. It was a bit overwhelming, but in the best possible way.

Today's been a bit of a whirlwind since my Last Ronin 2.0 figure started making the rounds on social media thanks to numerous posts by the legend himself, Kevin Eastman. Likes and follows, comments and questions (ironically, mostly about the Master Sword) were all flying in left and right. It was a bit overwhelming, but in the best possible way.

A little background on the figure and why it means so much to me: late last year I created a custom figure which mostly repurposed pieces from existing figures (with a bit of sculpting done here or there to get the look right). That figure sold out much faster than I had expected, but the problem became tracking down all of the figures and pieces I needed. It was a slow and ultimately cost-prohibitive process. I needed a cheaper and easier way to get all of the pieces together.

“So why not make them myself?”

Why not? Maybe because you don’t know how to do that???

First, I needed a new sculpt. I began working on creating and assembling a new model towards the end of February. By the beginning of March, I was ready to make molds of those new pieces.

All my principle molds were not quite epic failures, but failures nonetheless. I tried again. And again. Piles of silicone and rubber molds started to pile up (as well as the bills for materials). But by the middle of March, I had a fully assembled prototype figure. It was still pretty rough and wasn’t articulated properly, but it was a huge step forward in learning how to cast my own plastic pieces.

After much more trial and error, I began to work out the articulation problems and the kinks in my process. I bought a resin printer, returned a resin printer, bought another resin printer, then had to adapt to the learning curve associated with that process. By mid-April, I was churning out useable pieces for my new figure, as well as producing weaponry using the 3D printer that I couldn’t have done through casting.

During the first week of May, I had a new, more polished prototype with closer-to-full articulation. By the end of the month, I had not only assembled the first complete figure, but I had also sold it to an associate of Eastman. It was within his close circle, but it was still surprising to see the posts from Eastman himself earlier in the day.

I cannot begin to express (he says, many paragraphs later) how proud I am of this figure, as it is the first one I’ve ever created from scratch using everything I’ve learned over the past few months. And the fact that this is the figure that has entered into Kevin Eastman’s orbit is just unfathomably cool.

Just a quick shout-out to my friends and family who have all been very supportive despite perhaps being a bit concerned that a man in his 40s is spending a good deal of his free time in the garage “making ninja turtle toys.” The most thanks, however, are owed to my wife and daughter who suffer the most through my prolonged absences (although, maybe I’m giving myself too much credit there…).

It’s the first, but certainly not the last Last Ronin…