For those who don’t know, Nikon doesn’t make battery grips for its lower-end DSLRs. The advantage to this? The pricetag is a lot lower on a third-party grip. The problem? Well, there are a few issues one wouldn’t expect with an official product from Nikon.

I got my “professional vertical battery grip” through Amazon here. There are a handful of different sellers, and I can’t vouch for any of them besides New Harbor (though at that time, the shipment was fulfilled through Amazon when I ordered). I bought mine for around $25. Interestingly enough, while it was advertised as being made by Neewer, the packaging and product itself is labeled Meike.

The Pros: For a $25 product, it seems surprisingly solid. Of course, it doesn’t have quite the heft of the MB-D80, but at nearly $100 less than that model, it’s certainly not as chintzy as you might expect. Despite being a bit light, it gains a little weight when you put the batteries in. The plastic is molded more or less to the camera body, though again, it’s not as tight a fit as the MB-D80 on the D90 body. If you don’t have anything to compare it to, I’m sure it’s fine. That’s just nitpicking. The texture is speckled like the rest of the body, so it blends pretty well and looks pretty much like the D90 with its battery grip.

The vertical shutter works great, and the half-button press to auto-focus actually seems a little bit better than on the MB-D80 (that one has always seemed a bit too sensitive for me). It’s lacking a lock button for the shutter, but it’s more recessed than the shutter on the MB-D80 and I haven’t accidentally hit it once (yet). There’s also no AE/AF-L button, but that’s something I hardly ever use, anyway, so it’s not missed.

The Cons: The biggest complaint that everyone talks about is the sync cable that runs from the grip to the GPS port on the side of the camera. Sure, they could’ve made the cable a teensy bit shorter, but in reality, it’s not that big of a deal. Honestly, when I’m shooting, or even grabbing the camera out of my bag, I hardly ever notice it. So what’s the big deal? Mainly, unless you rig it with some tape, it leaves your ports wide open to dust. Oooooh, dust. I could care less seeing as I never use the ports, anyway. But I could definitely see where this would be problematic for some. Plus, there’s the rain factor. While the D3100 isn’t weather proof by any means, having a bunch of exposed ports definitely wouldn’t be a good thing, even in light rain.

Second big issue that no one seems to mention (that I’ve read, at least) is the fact that the D3100 doesn’t visually distinguish on the LCD between one and two batteries. With the D90 you get a nifty display showing you just how much juice you got left in each battery (it even labels them left and right). Unfortunately, with the D3100’s battery grip, all you get is the same old battery icon. I haven’t used it enough to know if it tells you the juice for an individual battery at a time or if it’s showing total battery capacity remaining. Time will tell on that one, but either way it’s certainly not as intuitive.

Summary: All in all, for $25, you can’t go wrong. Despite being pretty much the only option at this point, it’s definitely not a bad buy. Phottix recently released theirs, but it looks like the exact same product for twice as much (yay Phottix!). I was hoping theirs at least wouldn’t have to rely on the use of a sync cable, but from what I’ve read any grip for the D3100 will.

Recently, I was made aware of a huge omission in my original review. The box art is thoroughly misleading, and actually appears to be a stylized photo of the MB-D80 or another more expensive Nikon grip. Contrary to what it shows, this grip does not have a shutter lock (as mentioned above), nor does it have a dial that allows you to adjust aperture/shutter speed. To be fair, it looks like the manufacturer just uses the same box for whatever grip they’re selling (they just slap a sticker on the front with the compatible camera’s make and model), but it’s still very misleading.

So today I go to unplug the sync cable from the camera body and–holy crap–the plug disengaged from the mount part leaving me with a useless sync cable and the rest of the USB plug stuck in the camera.

I guess I’m going to have to roll without a vertical shutter for awhile. No idea where to get a replacement that’s the same size and has the same inputs. Amazon, here I come!

After contacting all of the manufacturers that I could find that make this grip, here are the results. Obviously, your responses may vary so I’ve included the email addresses.

Hi, just to be certain – theres no wheel on the grip, is it? I mean – I see none at the pictures of the grip itself, but there is one at the photograph presented at the box … but I guess thats just a generic image …

Michal, I see what you mean. And thank you for pointing out my omission! I will correct that immediately. The box art is thoroughly misleading, and actually appears to be a stylized photo of the MB-D80 or another more expensive Nikon grip. Contrary to what it shows, this grip does not have a shutter lock, nor does it have a dial that allows you to adjust aperture/shutter speed. To be fair, it looks like the manufacturer just uses the same box for whatever grip they’re selling (they just slap a sticker on the front with the compatible camera’s make and model), but it’s still very misleading.

Thanks for answering my question, I expected it would be like this. Nice review btw!

Thanks! Yeah, it would have been nice of them to include that functionality, especially since you already have to run a cable from the camera to the grip to power the shutter, anyway. But I suppose that would’ve jacked up their production costs quite a bit and made the product a lot more expensive to the user.

i had the same issue with the GPS plug completely disengaging its self leaving me with a useless vertical shutter button that i loved using. Did you have any luck finding a replacement plug? ive been searching and have had no luck at all.

Unfortunately, I have not been able to locate a replacement for the signal transfer cable. All the cables I’ve found have been for the GPS unit. Even the knockoff GPS units that use different cables don’t have the ones you’d need for the battery grip.

To be honest, I gave up pretty easily. Now that I know someone else cares, however, I’ll try to contact the manufacturer(s?) and see what they have to say.

Had the exact same thing happen a few days ago with my new Zeikos grip. Not sure how I did it, but pulled my camera+grip from under my seat at daughter’s band concert, and discovered a mess of metal prongs.

After taking a few minutes with a pair of tweezers (wife appreciated me using hers), I managed to feed the prongs back into the correct channels in the plug.

The only thing now is to use a bit of superglue to hold it together. When I tested it (it worked!), I found that I can’t remove the plug from the camera body without pulling it apart again.

I recently bought a battery grip on ebay the same model you describe .And though my sync cord is ok .My problem was the rapid strap connector or the tripod mount.It came loose turning from left to right when on tripod as well when screwing in the black rapid strap it turns as i try to unscrew it .I contacted the seller and they were great refunded with out question .After I explained the problem .I did not ask for another ,although I thought about it .As I was concerned it would happen again .In my opinion it is ment more for tripod and not hanging on a strap .I did find a way to use it with a regular strap .to be truthful I don’t think I can go back to holding the d3100 with out it .the ergonomics are so great .This is how used a regular strap The grip i got not only had a tripod mount but a small bar on the bottom not to unlike the area’s you put the regular strap from the manufacturer.So I put one lead on bottom and one on the side of the camera .THANK YOU Timothy Thomas ==Shop Of Choiceness

this as been very helpful.
thks. 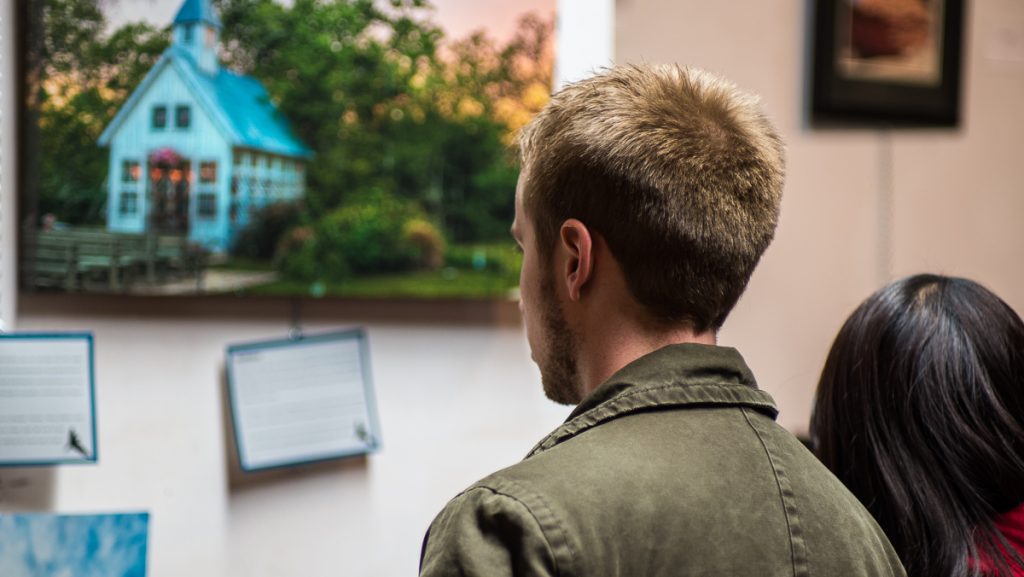 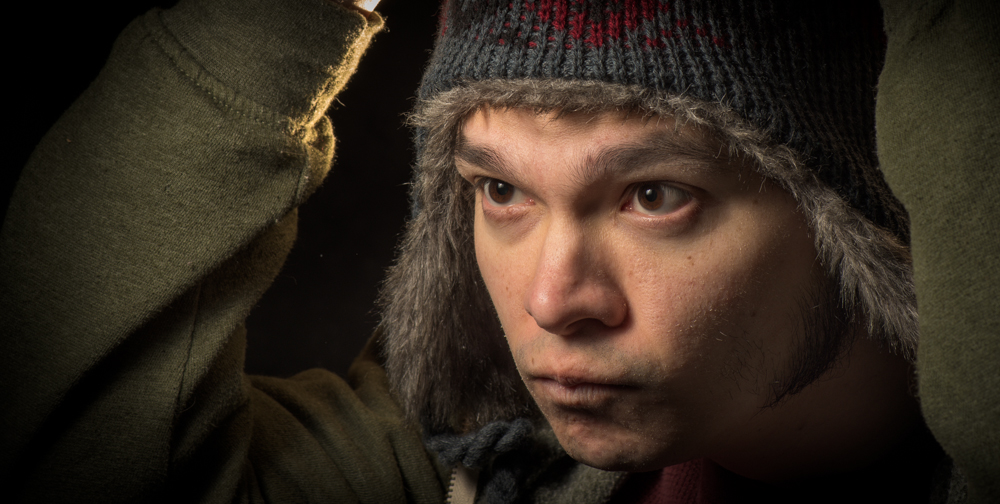 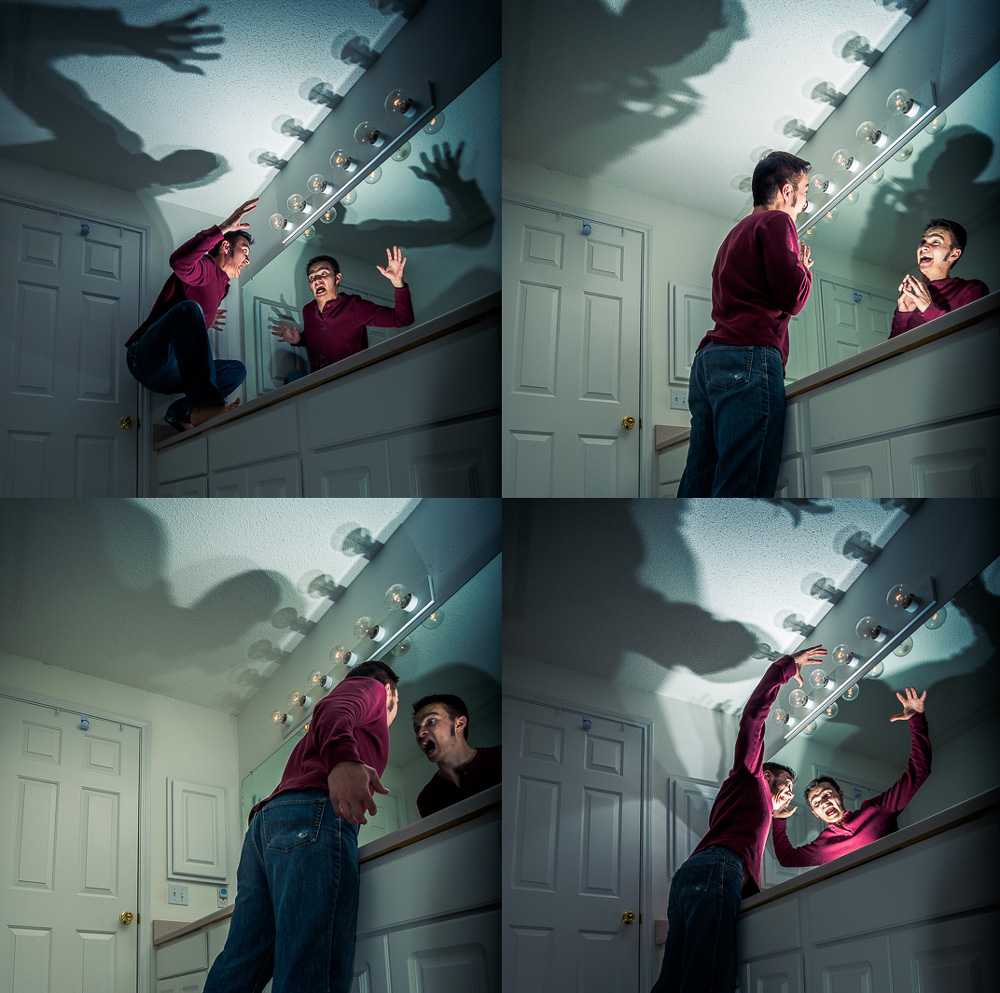 Behind the scenes – Mirror in the bathroom